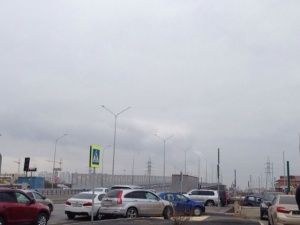 Stroyproekt has been developing the design and detailed design for construction of transport facilities being part of Tyumen bypass in the south of the city of Tyumen.

The project includes construction of two-level interchanges at junctions with regional roads and extension of Melnikaite Street – a diagonal city thoroughfare. Another grade-separated interchange is designed at an exit road from the federal highway Yekaterinburg – Tumen to the Tyumen Arena stadium.
New road structures will significantly improve the transport network in the city itself and at approaches.