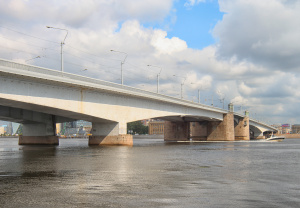 The project included rehabilitation of the historical bridge over the Neva River linking the right bank to the city centre.

The bridge is an extension of Nevsky Prospekt, the main city’s thoroughfare, and forms a single architectural ensemble with Alexander Nevsky Square, Moskva Hotel and the Alexander Nevsky Monastery.

By the end of the 90s, the bridge was in a very poor condition and there was a real danger that it might collapse. Therefore, the development of the bridge rehabilitation concept, which engaged several designer companies and scientific institutions, took three weeks only. 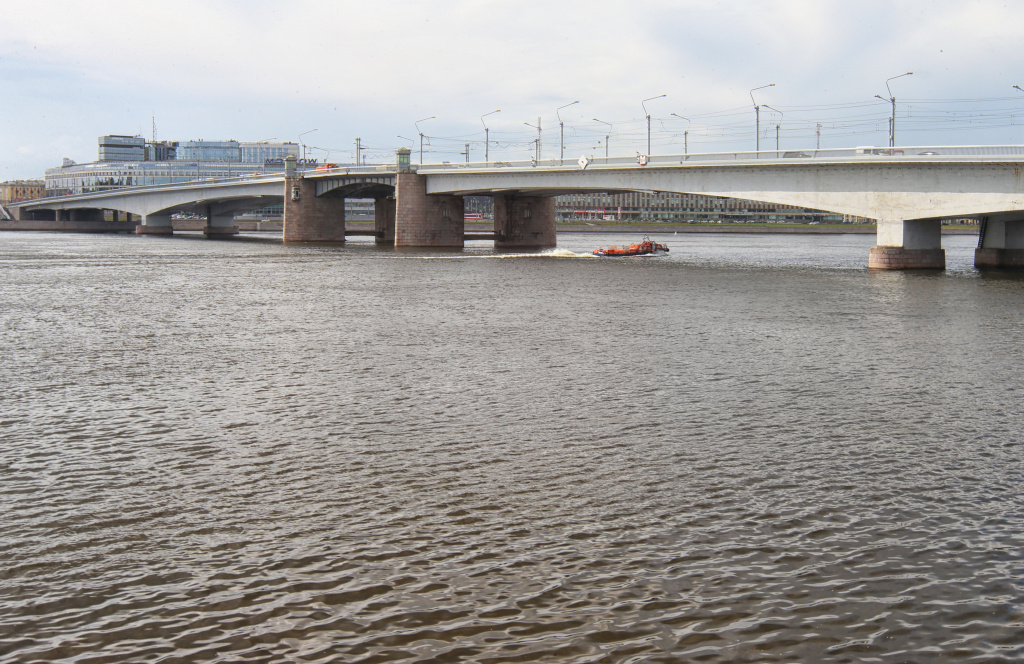 Lanes — 3 in each direction plus tram rails in the middle

High-strength reinforced rods placed inside steel boxes were fixed under the bridge decks; they strengthen the lower chord of reinforced concrete beams.

Pier zones of the fixed spans were strengthened by swaging the box girders transversally with U-shaped single-strand cable clamps. 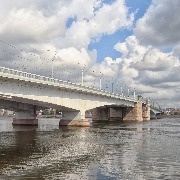