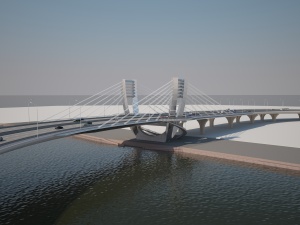 Serny Bridge, which is being built in St. Petersburg in preparation to the FIFA World Cup 2018, will be given the name of Agustin de Betancourt. This was announced in the decree of the St. Petersburg Administration.

The name was suggested by Alexander Panychev, President of Emperor Alexander I St. Petersburg State Transport University who reminded that in 2018 we celebrate the 260th anniversary of Augustine de Betancourt - an outstanding engineer, architect, scientist and statesman, and the first president of the University.