Stroyproekt participated in the international workshop in the Sakha (Yakutia) Republic 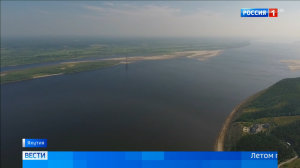 Representatives of lead Russian and international engineering, research and bridge companies met at the workshop to share experiences and pool their efforts to find an optimal solution for construction of the bridge crossing over the Lena near the city of Yakutsk.

The workshop included two round tables; the first one was dedicated to technical aspects of construction and the second to financial ones. At the technical round table, the participants discussed a range of issues related to surveys, design and construction of a road bridge or a combined road and railway bridge. The second round table covered possible financing mechanisms, in particular PPP, concession agreement and funding from the Russian budget.

The Lena bridge project is well known to Stroyproekt’s engineers who developed various alternatives of the bridge crossing. Back in 2013, Stroyproekt was a member of the Transport Concession (Sakha) Consortium, which won an open concession tender for construction of a road bridge over the Lena.  However, that time the concession agreement was not signed for objective reasons.

The participants also discussed economic viability of the project for the Sakha Republic and social and economic preconditions for its implementation. It was pointed out that the earlier feasibility study and technical concepts should be updated and a financial model needs to be developed.

The workshop was organized by the Ministry of Transport and Road Infrastructure of the Sakha Republic.