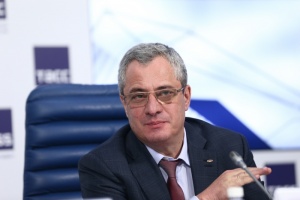 By the Russian President Decree No. 288 of 27.06.2017, Aleksei Zhurbin, General Director of Institute Stroyproekt, was awarded the Order of Friendship for outstanding professional achievements and longstanding and good work.

Aleksei Zhurbin has been taking an active part in public life of Russia as a member of the Rosavtodor (Federal Road Agency) Scientific Technical Council and Public Council. He also participates in the work of the Coordination Council for Development of the Transport System of St. Petersburg and Leningrad Region and in the Scientific Technical Council of the State Company Russian Highways (Avtodor). He is also a member of AMOST Association Supervisory Board.

The team of Stroyproekt Engineering Group congratulates Mr. Zhurbin on receiving this state award and wishes him health, success, new professional achievements and new large-scale projects for the benefit of the Russian road infrastructure development.