Bridge crossing over the Irtysh River

The new road section with a bridge crossing over the Irtysh River links two roads (Pavlodar — Aksu and Omsk — Pavlodar — Maykapshaygay) and is part of the Centre — East Transport Corridor. The new bridge has become a landmark of the transit route from the Central Kazakhstan to Russia.

One of the main Stroyproekt’s tasks was to optimize the previously adopted design solutions. Implementation of net arches allowed reducing the section of bearing structural elements as compared to traditional arches with vertical suspenders. This gave significant cost savings due to reduction of material quantities, in particular, steel demand decreased by 5.5 thousand tons. 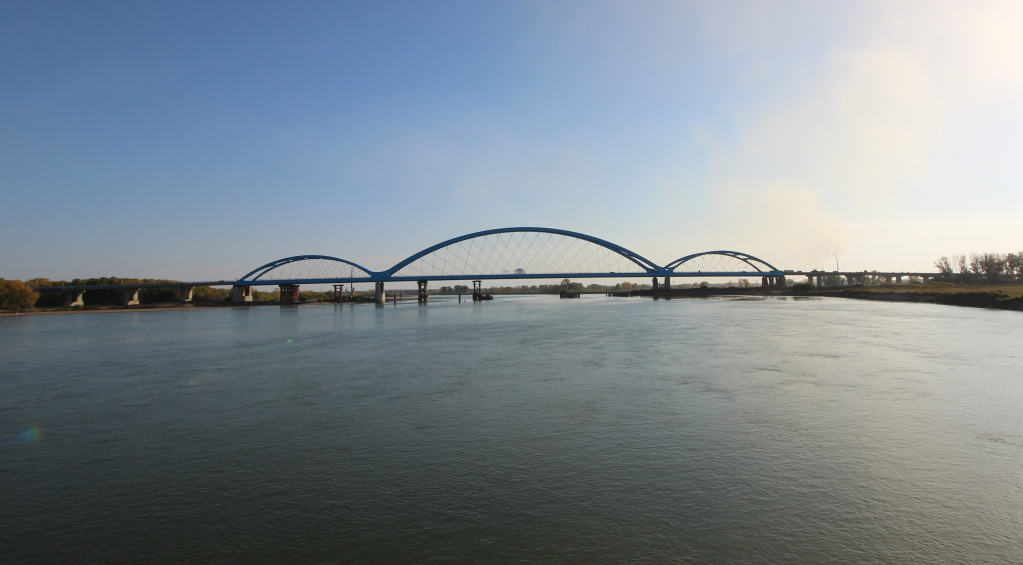 The bridge is a continuous three-span arch system with flexible crisscross suspenders. The central arch is 252 m long, which makes it the largest bridge arch in the CIS Central Asia.

The arches were erected in three stages. First, the tying girder was launched. Secondly, the end arches were mounted with cranes. The central arch was installed by means of heavy lifting equipment — the arch was lifted to the height of over 40 m.

approach flyovers, the Usolka River Bridge, the Stary Irtysh Bridge and a bridge over Schuchie Lake.