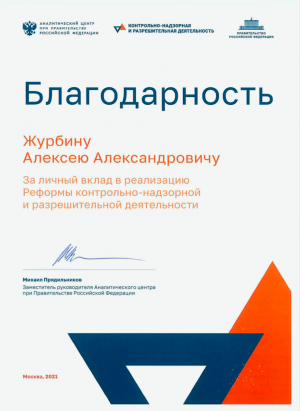 On December 21th, a meeting of the working group in the construction sector took place in Moscow. The working group, established by the Government Commission for the administration reform, is responsible for improvement of oversight and permission functions of federal executive authorities.

The group is engaged in considering and approving drafts of new regulatory instruments, including those developed on the basis of “a regulatory guillotine” approach, and deals with preparation of draft laws to be discussed with the working groups in related industries. The group comprises 19 members representing the Russian construction sector, including the Ministry of Construction and Housing Infrastructure, the Chamber of Commerce and Industries, ROSATOM Corporation, Mostotrest JSC, and other companies and organisations.

The meeting was held to take stock of the group’s activities in 2021 and was attended by representatives of the Russian Government.

General Director Stroyproekt Aleksei Zhurbin, who is a member of the working group, was given a certificate of appreciation for his personal contribution to implementation of the reform.

We congratulate Aleksei Zhurbin and everyone in the team working on revision of the legal framework.