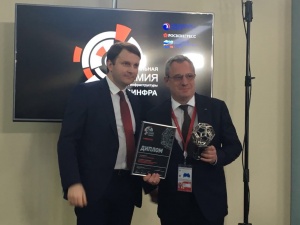 On 15 February 2018, an award ceremony was held at the Russian Investment Forum in Sochi for winners of the ROSINFA 2017 national award in the field of infrastructure.
Stroyproekt received an award in nomination “Best technical consultant/ designer”.

ROSINFA is an efficient tool for evaluating the implementation quality of infrastructure projects as well as competences and expertise of the PPP market players.

The jury of ROSINFA consists of leading industry experts from Russia and abroad.