A closure deck segment installed on the bridge near Serny Island 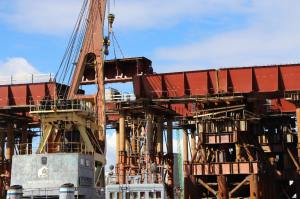 On 11 April 2017, a closure segment was installed in the river span of the bridge near Serny Island in St. Petersburg.

The new six-lane bridge over the Malaya Neva River will connect Vasilievsky Island to Petrogradsky District of the city, relieving Tuchkov Bridge and ensuring transit transport links. The bridge will have sidewalks and cycling paths.

The bridge is being built in the preparation to the World Football Cup 2018. The bridge is planned to be completed by spring 2018. The project also includes the rehabilitation of some river embankments nearby.