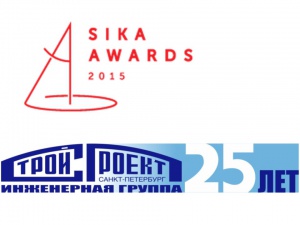 In commemoration of its 25th anniversary, Stroyproekt Engineering Group has established a special nomination “Aesthetics of Reliability” in SIKA AWARDS annual international contest of young architects and designers.

The winner will get a prize of 50,000 rubles and a special award certificate.
See details on the Contest on its official website http://sikaawards.ru.
A professional judging panel made up of the experts from Stroyproekt Central Office and its regional offices will assess and select the best projects in the nomination.

The Contest results will be announced at the award ceremony on 12 April 2015 in Moscow.