Stroyproekt wins a tender for construction of a road bridge over the Lena River in Yakutsk. 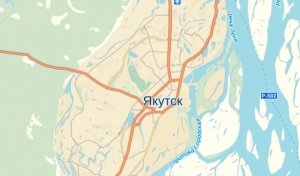 
The Lena Bridge Project will be one of the major infrastructure projects in Russia. The Client is Rosavtodor (Federal Road Agency). Another tenderer was Yakutsk Bridge Building Company – a consortium consisting of Stroygasconsulting LLC, China Civil Engineering Construction Corporation and NPO Mostovik LLC.
The Lena bridge crossing project includes construction of a road bridge with approaches, civil engineering works, bridge security systems and maintenance facilities as well as connection to “Umnas” and “Lena” motor roads.

The project duration is 168 months (14 years), including the design and construction stage of 72 months (6 years) and the operation stage of 96 months (8 years).

It is expected that construction of the bridge will have a strategic importance for development of the Russian Far East. The bridge will not only connect the capital of Yakutia with the road and railway network on the right bank of the Lena River but also integrate into a single transport system several federal motorways, in particular Lena, Kolyma, Viluy and Amga motor roads. Such development of the road network will allow abandoning a seasonal delivery of vital goods to the Northern Siberia and Russian Far East by air or water ways and will ensure a year-round road transportation of goods to remote regions.

‘Construction of a new bridge is a priority for development of Yakutsk transport centre,’ stated Mr. Roman Starovoit, Head of Federal Road Agency, ‘with this bridge, all major transport arteries of the Russian Far East will be joined. Moreover, central, eastern and western regions of the Sakha Republic will be included into the zone of all-the-year-round transportation’.

Like any project implemented by Federal Road Agency, the bridge will be free of charge for users. The concession agreement will be signed before 14 January 2015.

Our congratulations to all employees of the Engineering Group!