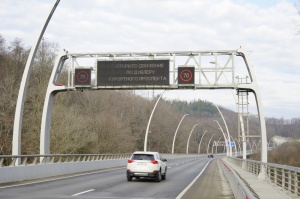 The major part of Kurortny Prospect backup road in Sochi was open for traffic on 7 January 2014. It is the largest infrastructural facility built for Winter Olympics 2014.

The new section that was open for traffic includes Stage II and a part of Stage III. The traffic arrangements are still provisional since some minor works have to be completed. The total length of the new section that includes 5 interchanges, 7 tunnels and a bridge over the Sochi River is 7.6 km.

Along with Stage I commissioned last January, today about 12.6 km of Kurortny Prospect backup road (excluding the ramps) are open for traffic. The total length of the highway will be 16.3 km.

This modern highway without traffic lights and pedestrian crossings will reduce the traffic congestion in the main streets of Sochi and the city centre in general.

Stroyproekt has been a General Designer of the Project and executed Construction Control as well.